Goliath Biped is an Standard Machine enemy in NieR: Automata.

"This humanoid, Goliath-class machine lifeform is actually a colony of smaller machines that uses their combined energy to move one massive body. The expandable slide-rail arms punish all who draw close, while the liquid-fuel rocket engine on its back grants short-lived flight abilities. It also boasts powerful projectile weapons and transport apparatuses of the linked machines that comprise it, making it a dangerous foe with no apparent weaknes.

This model has enhanced leg power and a body that's flipped upside down. Unlike the standard model, it is quite agile. The rocket engine on its back is used when attacking from the air, propelling diving kicks toward the ground."

EMP Attack: "Machine lifeforms with extendable necks that resemble the human spinal cord. They attack with electromagnetic pulses that interfere with a variety of functions." 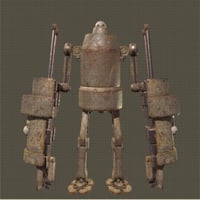 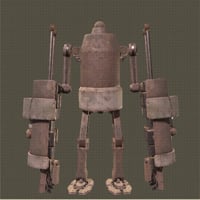 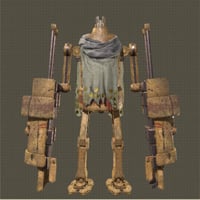 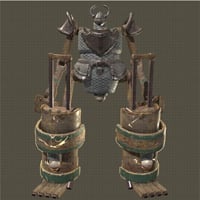 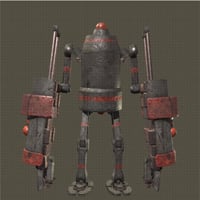