Copied City is a Location in NieR: Automata. This black and white environment is made of crystallized silicon and carbon, and lies deep within the cave in City Ruins, its purpose and origin a mystery. You later on meet its creator, Adam, who seeks to learn and adopt all humanity. Locations can be discovered in the game as players progress through the main storyline and quests. Each Location in the game will have its own set of unique interactions, Quests and Characters. Eventually, players will have access to each location's Access Points which can be used to travel back and forth to previously unlocked locations. This is the game's method of Fast Traveling. This page covers all known points of interest, significant Items, Enemies, Bosses and NPC encounters in this area.

You will first arrive at the Copied City during the main quest: 9S MIA - part 2.

From the entrance to the right there is a chest with some consumable items and a dead end. Head left, grabbing items and chests as you go. 2B will comment that there are a lot of YoRHa corpses. From here go right to arrive at another dead end and some chests, then double back to continue towards the objective.

Once you get near, you can summon a defeated player to assist you in the upcoming boss fight with Adam (Boss). This changes the main to 9S Captured. Adam is level 25 now, and severs his connection to the network to face you. Defeat Adam to save 9S and exit back to the Resistance Camp.

Route C: To get here in route C, go down into the caves, and take the branch that doesn't lead to the alien ship.

Enemies in the area after the Boss Fight:

NPCs that can be found in Copied City:

Merchants that can be found in Copied City: 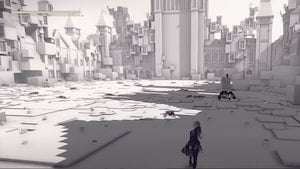 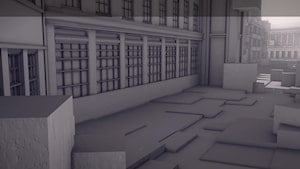 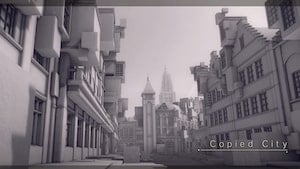