Resistance Camp is a Location in NieR: Automata. The Resistance Camp is where the Androids that fell to Earth before the YoRHa squad are based. These Androids have organized their own resistance army and lend their support to 2B and 9S as they share a common cause “for humanity.” Here, you can buy Items, strengthen your Pods, and take on Quests. Locations can be discovered in the game as players progress through the main storyline and quests. Each Location in the game will have its own set of unique interactions, Quests and Characters. Eventually, players will have access to each location's Access Points which can be used to travel back and forth to previously unlocked locations. This is the game's method of Fast Traveling. This page covers all known points of interest, significant Items, Enemies, Bosses and NPC encounters in this area.

Players first reach this Location during the Gathering Intel quest when you are tasked to Talk to the Resistance Camp leader and Gain Intel from the Resistance Members.

Enemies in this Location:

NPCs that can be found in Resistance Camp:

Merchants that can be found in Resistance Camp: 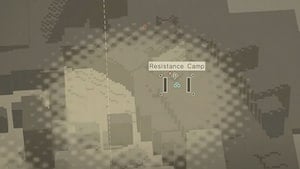 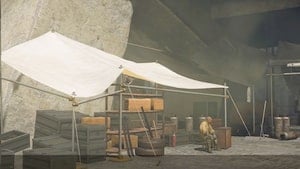 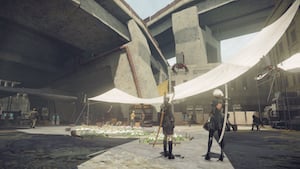