Join VIP to remove all ads and videos

Emil is an NPC in Nier: Automata. Resembles the companion character who accompanied the player in the NieR: Gestalt / NieR: Replicant, but may actually be a copy. He harbors latent magical power, but most of his memory is gone due to the long years that have passed/making so many copies of himself.

"This mysterious creature emerged from inside of a machine lifeform and set up a shop afer obtaining a new body. While he calls himself Emil, his true identity is a mystery. Once he discovered who had been stealing from his room, he was incited to fight. But after being defeated, he was reduced to tears by the realization that only power matters in this world."

Emil will spawn randomly in one of three locations; near the Desert Zone entrance, the City Ruins: Near Factory access point, and outside the Resistance Camp. He will sell different items depending on where you find him. He has two kinds of items in stock per route, either chips or weapons and materials. Making him switch routes is - for now - quite unreliable. Teleporting in and out of access points seems to work. Another fairly good approach is to walk between the desert zone and halfway to the Desert: Camp access point via moose, then check your map for his icon. It is faster than teleporting and has a good chance of making him switch routes. 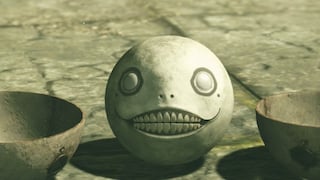 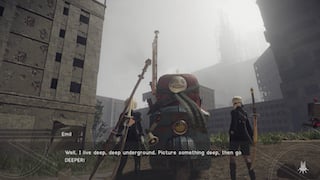 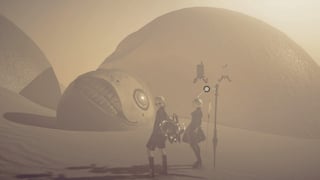