Emil is a Boss in Nier: Automata. A returning character from the first game, he is a disembodied head that possesses the body of a heavily-modified auto rickshaw.

"This mysterious creature emerged from inside of a machine lifeform and set up shop after obtaining a new body. While he calls himself Emil, his true identity is a mystery. Once he discovered who had been stealing from his room, he was incited to fight. But after being defeated, he was reduced to tears by the realization that only power matters in this world"

To initiate the fight you need to talk to Emil and he will tell you where he lives. Head to the part of the City Ruins that has huge tree roots leading to a broken overpass (near the sewer entrance that leads to the Amusement Park). Under the roots is the roof of a building (the same one where the third Speed Star's race finishes); drop down to it, nearby should be a pipe that you can enter to find an elevator. After you exit the elevator, you will find the City Ruins: Deep Cave area that will eventually lead you to Emil's Residence. Take the item on the ground and return to Emil. After Emil told you that he boosted security in his home, go down to Emil's Residence again and open the locked chest with 9S and take the item inside. After exiting the room, the boss fight should trigger properly.

First Encounter - If you have already defeated the Amusement Park Rabbit then Emil should pose no problem. He is a higher level enemy, but is easier to dispatch because of his lower defence stat. Trying to hack him is not recommended as it takes a very long time, instead stay close to him and bait his easily dodgeable melee attacks and counter whenever you can. After you deal with him, he will drop the Emil Heads  combat bracers, make sure you grab these to access the second part of his fight.

Second Encounter - After upgrading every weapon to max level, a quest marker will appear at the abandoned shopping center, once you're there, talk to Emil and Pod will tell you that he is heading to the desert. Once you're on location you will find Emil once again, talk to him to initiate the boss fight. This boss is very similar in appearance and mechanics to the Hegel boss that was previously fought by A2. Apply the same strategy to this boss and equip all of your strongest attack chips to end the fight as quickly as possible. After you do enough damage a sequence of dialogue will play out and you will be given two options regarding the outcome of this battle:

A. Let the self-destruct countdown finish and receive the ending: Head[Y] Battle.
B. Interrupt the countdown by destroying the giant Emil head and complete the quest. 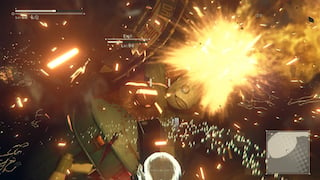 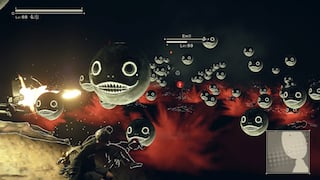 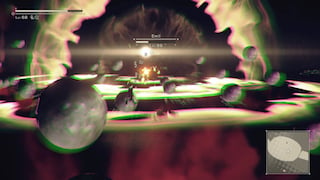