Emil Clones is a Boss in Nier: Automata.

"These colossal Emils were the sad final state of Emil's copies. Attacking without warning, they possessed the ability to unleash fierce attacks using magical weapons from the old world. At the end of this pitched battle, the true Emil stopped his dopplegangers with heartfelt words before annihilating them with a final strike. He then passed away with an expression of great relief, as if he had finally met the person he'd longed to see."

The final hidden boss of the game is encountered through the Emil's Determination sidequest.

After upgrading every weapon to max level, a quest marker will appear at the abandoned shopping center, once you're there, talk to Emil and Pod will tell you that he is heading to the desert. Once you're on location you will find Emil once again, talk to him to initiate the boss fight. This boss is very similar in appearance and mechanics to the Hegel boss that was previously fought by A2. Unlike Hegel, Emil Clones will only assume the flying centipede form at the very start of the fight, and will fight as heads only from then on. Apply the same strategy to this boss and equip all of your strongest attack chips to end the fight as quickly as possible. After you do enough damage a sequence of dialogue will play out and you will be given two options regarding the outcome of this battle:

A. Let the self-destruct countdown finish and receive the ending: Head[Y] Battle.
B. Interrupt the countdown by destroying the giant Emil head and complete the quest. 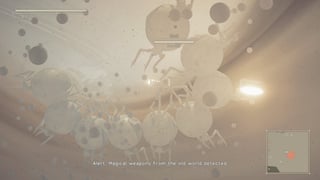 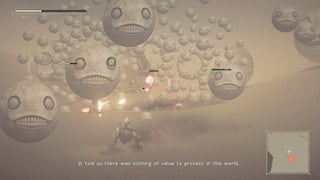 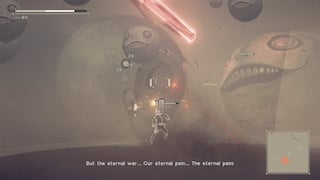 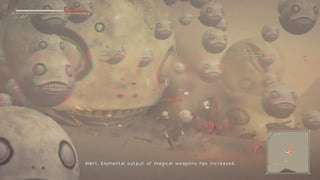 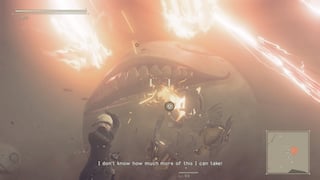 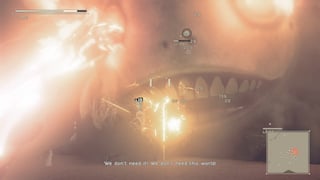